Darwin's Religion Spreads Because of Flesh, not Science

Fallen animal flesh, not science, makes men want to believe they aren’t accountable to God for their hearts…(see the spread of Darwin’s Religion, absent of all missing link fossil records and a hundred other admitted scientific contradictions of his religion, with the list of science discoveries contradicting Darwin growing every year).

Humans that are only ONCE-born and not TWICE-Born as Jesus insisted they must be to “SEE the Kingdom” or “ENTER the Kingdom” (John 3, 1Cor.2)—they WANT to be advanced chimpanzees rather than accountable to God for their choices. Darwin’s religion, as most “false doctrines”—are the natural consequence of fallen, rebellious, blame-shifting, pain-avoidance FLESH in denial, not “science” or “misunderstanding.” Mark it down. 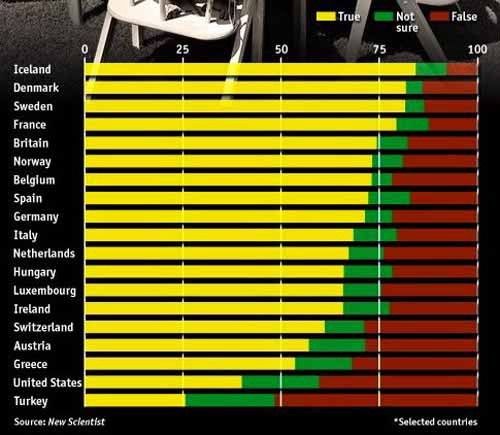