For those of you who weren’t in Columbus when that thing was originally spoken and most of you weren’t. The thing that originated “What is a Warrior” had to do with some younger boys and girls putting a warrior on their coat of arms. One of the men said, “So if a child or a young person or any of us wanted to be a warrior, that sounds good, but what does that mean exactly?” If I was actually going to try to be one of those things, what would that mean? It has a nice spiritual tone to it -- warrior. But specifically what is a warrior as it relates to spiritual things? So that was the question that was being answered when that was spoken.

So if you haven’t read it or if you intend to reread it, read it through those eyes. And even you young guys, since it had as much to do with you as it did anyone older. The original question had to do with some young folks that had put warriors on their coat of arms. Make sure you all read it if you get a chance and view it from that angle. If you were going to put that on your coat of arms, which I don’t think anybody here would say, “Nah, I don’t want that on there. I don’t think I want to be a warrior.” Theoretically, that’s on everyone’s coat of arms whether you thought to put it there or not.

So what would that look like then if I was going to look back on a week and decide if I was obeying my own decree, my own commission that’s on my coat of arms either theoretically or realistically? If I was obeying my own call to being somebody for Jesus -- to be a warrior, what would I look for? There’s some things in that particular paper that will answer that question. You can actually look for these things practically in your life. And if they weren’t there this week then you weren’t a warrior this week. So view it from a real practical view point as you read it or reread it, since we’re not doing it tonight. If you do get a chance to do it again, that would be a good way to look at it, even you young guys. 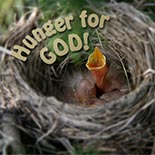