Give Thanks, with a grateful heart :) Thankfulness and it's resulting worship are the language of the Spirit :)

Yes, they knew God, but they wouldn't worship him as God or even give him thanks. And they began to think up foolish ideas of what God was like. The result was that their minds became dark and confused. Claiming to be wise, they became utter fools instead. And instead of worshiping the glorious, ever-living God, they worshiped idols made to look like mere people, or birds and animals and snakes. So God let them go ahead and do whatever shameful things their hearts desired...Instead of believing what they knew was the truth about God, they deliberately chose to believe lies. So they worshiped the things God made but not the Creator himself, who is to be praised forever. Amen.  –Romans 1:18-25 AND THEN, ALWAYS THE OTHER SIDE: GOOD NEWS AND OPPORTUNITY, FOR HIS FAMILY   :)   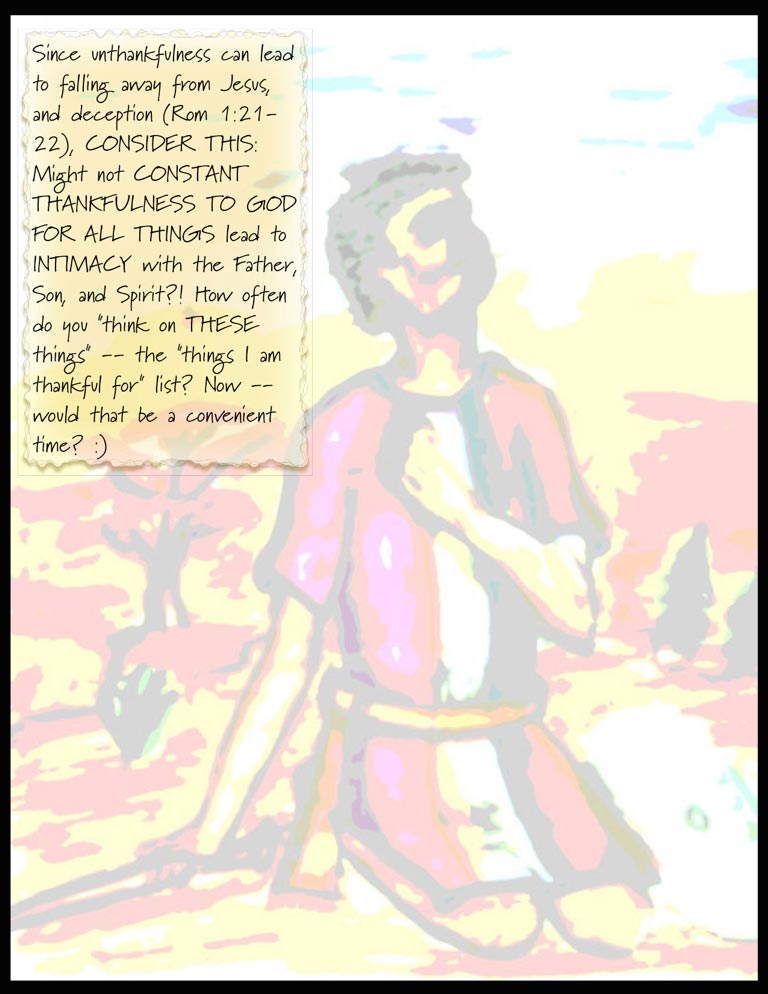 Since unthankfulness can lead
to falling away from Jesus,
and deception (Rom 1:21-
22), CONSIDER THIS:
Might not CONSTANT
THANKFULNESS TO GOD
FOR ALL THINGS lead to
INTIMACY with the Father,
Son, and Spirit?! How often
do you “think on THESE
things”—the “things I am
thankful for” list? Now—would that be a convenient
time? :)