And When You've Done All, STAND!

Hi :) just wanted to pass this picture along. i started feeling like "my issues and failures" were so big, and then i found a text message with this quote that was actually taken from what Gandalf said to Wormtongue in the Two Towers movie, and i wanted to put it to a picture to remind myself of what Jesus did for me so that i would be able to push past satan's stupid, wimpy attempts to confront or stall me. Really, i'm the one making my problems so big!! He's given me the ability and strength of Himself to be able to Run forever, never giving up or hiding away or quitting (which would be a rather stupid, selfish thing to do anyway) but running full force with my gaze fixed on Him! As mom encouraged me once, "The Creator of the universe lives inside, there's no reason to despair." :) -Mary B 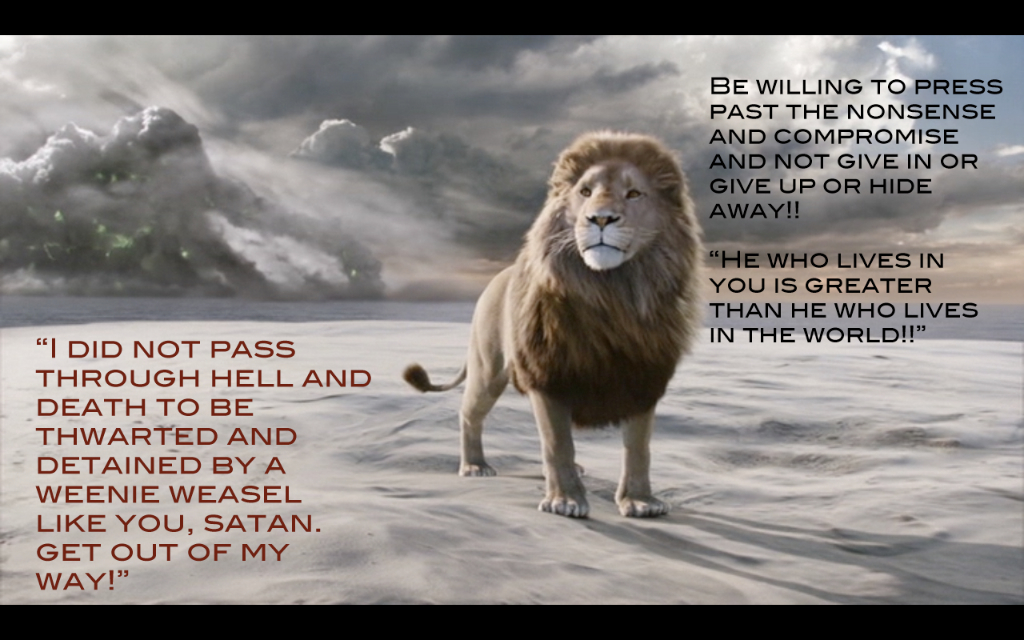 Be willing to press past the nonsense and compromise and not give in or give up or hide away!! "He who lives in you is greater than he who lives in the world!!" "I did not pass through hell and death to be thwarted and detained by a weenie weasel like you, satan. Get out of my way!"