Let’s say tomorrow, some failure comes up—unbelief, a weakness—how do we discern between what is guilt, shame, or truly a separation from God? When David sinned, and when Peter denied Jesus, David fasted and prayed, and then it says he went into the house of God and worshipped. With Peter, Jesus said, “When you repent (or turn around), strengthen your brothers.” I guess that’s some of what my question is—[how] to discern between what’s guilt, shame, and separation from God, if that makes sense.

I don’t know that there needs to be any kind of discernment about the difference between any of those things. The nature of trust, the nature of faith, the nature of belief is that God has made it abundantly clear that He is not like a man—He’s not shifting shadows. His character is strong and true and stable. He doesn’t have personality whims; He doesn’t have feelings that are hurt that cause Him to react improperly. He’s not like a man who is shifting shadows—He is dependable and trustworthy.

So my issue is: When those things come up, knowing that His character is that of a true-hearted Father—that He is God, He is not like a man. When I know that’s true, and goodness and mercy shall follow me all the days of my life; if I know that’s His character and His quality, then the separation I feel from God whether it’s a lie from the enemy, whether it’s conviction of sin and a call to repent, humiliation, shame, hurt feelings, inferiority complex—bummed out that I’ve failed for the 50th time, so I’m doing it to myself—or again, truly conviction from the Holy Spirit that this was sin and needed to repented of—really I don’t know that you need to have a big distinction between those things if you understand Who God is, because the process is the same. If I’m feeling conviction, I go to Him. If I’m feeling humiliation, I go to Him. If I’m feeling separation, I go to Him. If I need to repent, I repent and go to Him. So, I don’t know that it doesn’t come back to the same place again where my knowledge of His character is that I’m not waiting around to be forever punished and humiliated and ostracized and rejected.

There may be a time where His anger lasts for a moment—it is certainly Biblically true that He can be angry with us—but His love lasts for a lifetime. We know that His kindness and patience and generosity and forgiveness are as far as the East is from the West. It’s how far He removes our sins from us when we turn to Him. No matter what the issue is, you come back like the prodigal did to the father. When you come to your senses, you come back in humility to Him and offer yourself to Him—even if it’s, “I’m not worthy to be a son, I’ll be just your servant.” His character is infinitely a robe, and a ring, and “kill the fatted calf.” It’s just who He is.

My faith isn’t in how I feel about Him. My faith isn’t how I feel He feels about me. My faith is in Who He is, and therefore I come boldly before the throne of grace but the blood of the eternal covenant. By the blood of the lamb—the blood is over the doorposts, and that’s where my plea is. It never was based on my own righteousness in the first place. David would have had no hope. Moses, a murderer, would have had no hope, Abraham—you name it--these guys were pretty foolish in some respects—no more so, no less so than we are. But the nature of who God is says we go by the blood of the lamb which was our only hope in the first place, and so our confidence comes from the covenant that the Father and the Son had with one another.

We can go back, maybe with our tail between our legs to an extent, but still with a peace and a confidence— and no doubt a conviction and a broken heart that we’ve wounded the lamb of God and caused Him to suffer. We crucified Him afresh, as the Bible would say. But still we can come with the peace of knowing that He’s not like a man who holds records of wrongs. He’s not like that. If the blood of Jesus is the basis on which we come to Him, then His forgiveness is full and free. It’s hard to grasp that. It’s hard to conceive of that, because we think as men think, but that’s not how God is. So, I don’t know that you have to discern between all those things as much as you need to understand the basis on which you could ever come to Him in the first place. 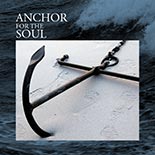