This, below, is making the rounds as “spam” on the internet. You may have seen it by now, knowing how those things go. :) It’s almost prophetic, in an odd way. Our lives have been “spammed” by “Lego-church” for hundreds of years. The roman catholic institution, and protestant version of roman catholic religion are clogging up, and substituting for, the Church Jesus died for, that would “crush the gates of Hell.” (A “Lego church” is where we “attend a religious ceremony on a calendar day for a set amount of time, with hired holy men or at least known ‘invisible infrastructure’ of controlling men in a living room or religious facility, and then everyone goes back to their own independence and ‘real’ world” until the next scheduled holy hour.) We can read about JESUS’ radically different Plan in the five minutes it takes to read Acts 2:42-47, and 1Cor.12-14. But then, the lack of need to lose one’s life into Jesus makes “Lego-church” more attractive to the “many” Jesus said would say they knew Him, but really didn’t. Lego-church got in the way and offered an acceptable substitute, placating the conscience, and protecting self-life.

Keep your Vision HIGH, for those who have ears to hear!

No matter your religious belief, this is utterly amazing...

A few quick facts: How long to build it? It was about a year and a half of planning, building and photographing.

It features a balcony, a Narthex, stairs to the balcony, restrooms, coat rooms, several mosaics, a nave, a baptistry, an alter, a crucifix, a pulpit and an elaborate pipe organ. 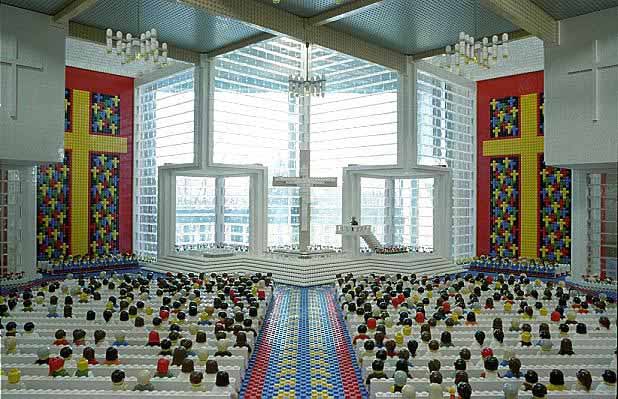 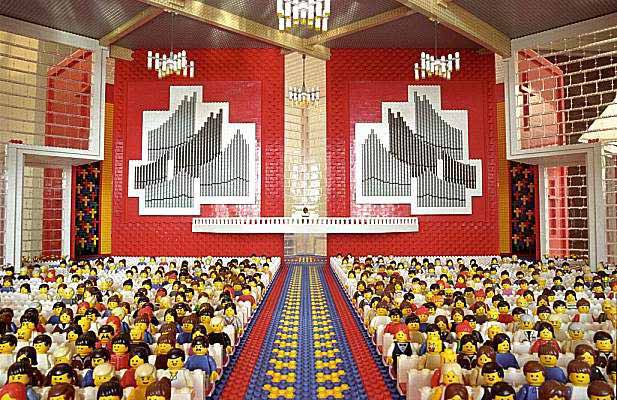 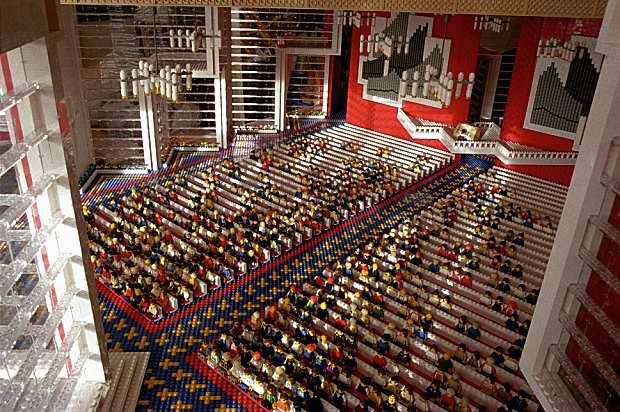 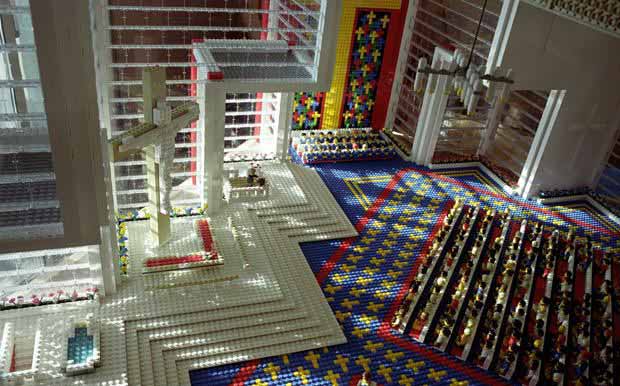