Jesus—and those close to Him—just get a bucket and go down into the flames...to save those they can.

In July of 64 A.D., a great fire ravaged Rome for six days, destroying 70 percent of the city and leaving half its population homeless. According to a well-known expression, Rome’s emperor at the time, the decadent and unpopular Nero, “fiddled while Rome burned.” The expression has a double meaning: Not only did Nero play music while his people suffered, but he was an ineffectual leader in a time of crisis. 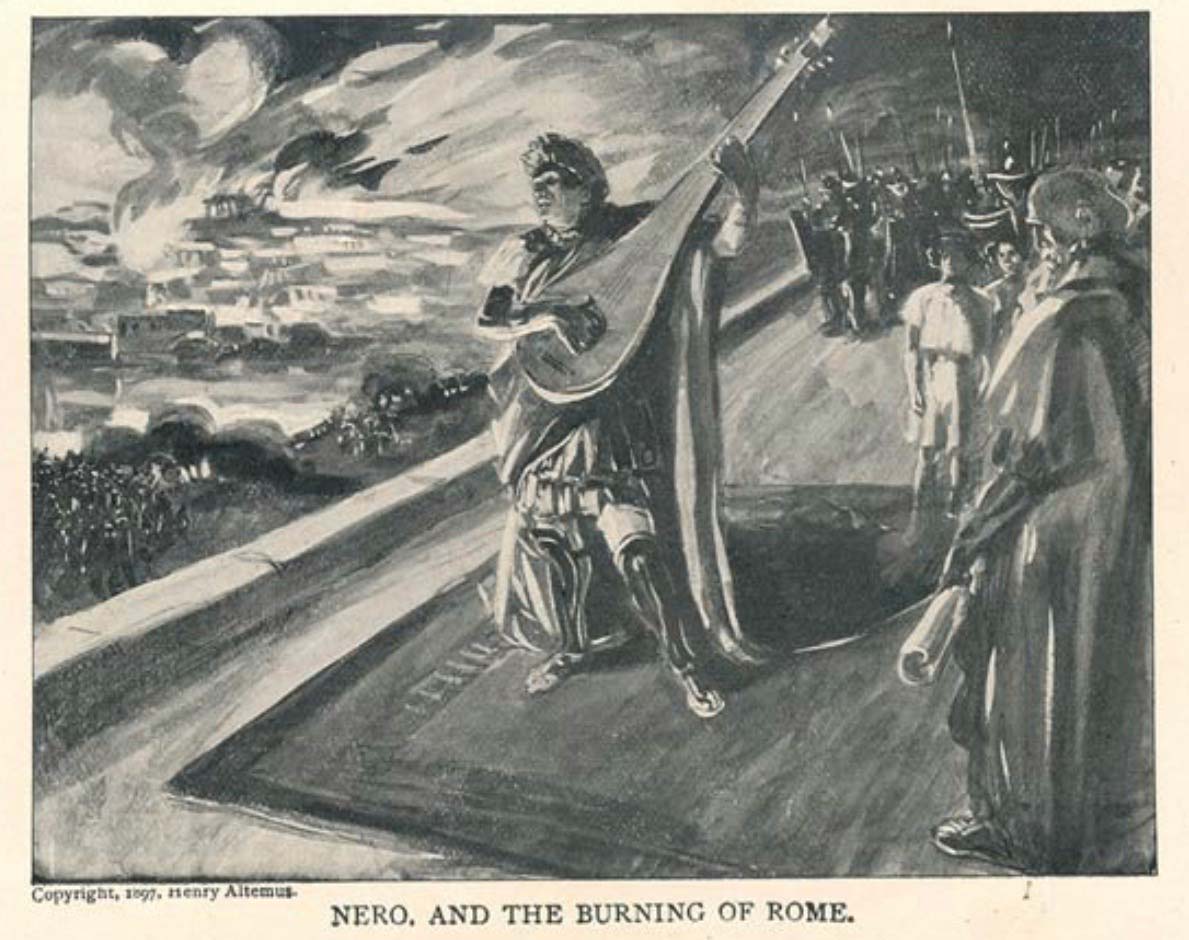 Whatever the historical reality of Nero’s involvement versus disengagement, the expression is meaningful to us:

But what could Nero do about such a massive fire, anyway?

In an even more dangerous and massive deficit… Jesus got a bucket and went down into the fire.

The selfish and fatalistic today will just disconnect and let the world and everyone they know burn and self-destruct, and then blame them. The ambitious and self-focused will “risk” in an attempt to gain status or reputation.

Jesus—and those close to Him—just get a bucket and go down into the flames, dirty and charred and wounded, to save those they can.