Smoke and Mirrors ... and Windows and Religion.

Ok, I know this may not make any sense to some folks, but we’re going to lay out this little parable anyway. :) If you don’t “get it” don’t give it another thought. No problem. It’s subtle. It would be valuable if one could See the distinctions, but no worries if you don’t.

Here’s the question, to the average person who “attends” “services” “faithfully, every sunday” … They may ask…

What’s wrong with this form of religion? We have soup kitchens to feed the poor, we have “evangelism sunday” every year to “win the lost,” we sing “songs of praise” to “worship God” every sunday, we say “prayers before all meals” and most nights before falling asleep, and we “try to live good lives” without “too many” curse words or worldly entertainments or too many vices or too much gossip or slander. (since it’s always “true” what I say). So, what’s wrong? As long as we believe Jesus is God and do the above at services and try to live “the good christian life” (though “nobody is perfect” of course), why isn’t THAT the same as Biblical Christianity?

One parable of the “problem” that clarifies the above as a dangerous counterfeit of Jesus’ Life, His Body, His Church -- is in this first video. “What is wrong” in the video that compares a “Original Equipment Manufacturer” to “Safelight” windshield installation? Perhaps the “Safelight” installation will function serviceably. That’s not the point. The point is, WHY is the comparison in the video to the OEM installation totally bogus, though the “moving parts” LOOK THE SAME in the video, nearly?

If you can see “why” it is a bogus comparison, though the “moving parts” look similar, you will have a fighting chance of comprehending “WHY is modern religion, with defensible ‘moving parts’ in some instances, viewed piecemeal, so RADICALLY FUNDAMENTALLY NON-EQUIVALENT to the Church that Jesus started, as Revealed by the Holy Spirit then and now, and Recorded in the Scriptures?”

See if you can See it :) Don’t skip to the end until you’ve tried REALLY HARD to See it and explain it, in the first video.

Here’s a close-up of the Original Equipment Manufacturer, using a STANDARD, the Foundation of the factory floor, an immoveable, repeatable, no-human wavering or impulsive or panic or prideful improvisation, nothing based on preference or ignorance, to set the Windshield in place. 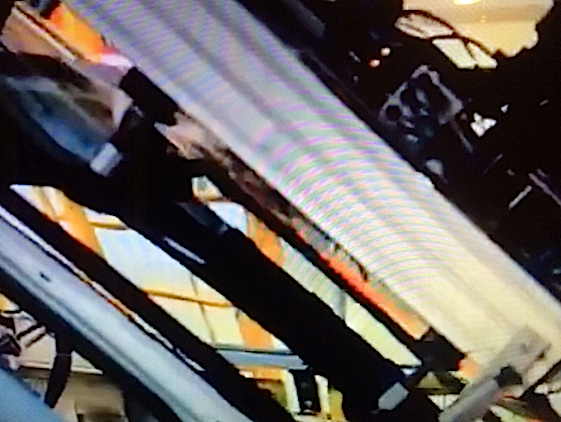 Here is the Safelight method, using the vehicle itself as the “Standard” by using a “robot arm”—angles and placement set by humans, attached to the vehicle, as the vehicle itself permits. The video made it seeeeeem as if the moving parts appear similar enough to actually be the same thing as the Orginal, and yet there is no correlation at all, in reality. It’s an illusion of similar moving parts, but a FOUNDATION of accommodation to a moving, imperfect object. In truth, the illusion of a “robot” and “precision” is only a method created to accomplish a task that would require more people on site otherwise. It’s not “the same” as advertised. It’s a moving “standard” (like “the whisper game” if you’ve ever played that game in a circle of people). 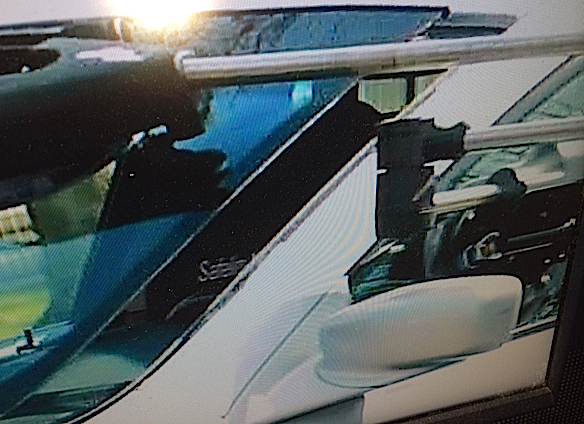 Ok, now no one is allowed to get angry here, okay? That wouldn’t be nice. :) Just give it some thought and watch and pray, and as tens of thousands around the world have agreed after watching for years of their lives. There HAS to be a valid Biblical ANSWER to the issues that plague the christian world and religious world in general. That answer is JESUS, and the Life He brought from Heaven to Earth. Not meetings and doctrines and gimmicks, but LIFE. There are answers. Be patient. Don’t get mad. Just trrrrry to hang on and consider. :) This topic addressed is why over 75% of the children who “attend every week and involved” are lost to the enemy, according to Billy Graham and TD Jakes and Jack Hayford. All the great sermons, and programs, and rock concerts and pastors wearing blue jeans in the galaxy have not lowered that percentage.

It’s subtle, but so is the Fundamental question itself about WHAT DID JESUS BEGIN HERE ON THE EARTH, AND WHAT DOES HIS SPIRIT DESIRE TO INHABIT IN THIS PRESENT AGE -- TO USHER IN HIS RETURN?!

Will you have the Courage to “Accept No Substitutes” of what HE DESIRES — regardless of images that “simulate” the LIFE and LOVE and POWER and DAILY CROSS and RELATIONSHIPS of JESUS?

FaceBook? No way are those “friends” or true relationships. You know this. People are SO “spiritual”—until you cross them or meet them or spend time in their life. It is an illusion in a virtual world of avatars and sock puppets and back patters, trading ego boosts and SELF esteem. The educators, psychologists, sociologists, and religious leaders of every world religion have admitted this, in print. Therefore, the fake book and twitter “followers” are not “real” relationships at all, only entertainment and ego exercises, 99% of the time. The stories to substantiate this are in the billions, now. Does that mean it’s not possible to find some external benefit? Of course not. It’s just essential to admit what it ISN’T. It isn’t Real because it isn’t Deep. Services and Clergy? Not a chance that these are in the Bible as the Experience of those trained by Jesus.

So, it’s the exact same principle as above: simulating moving parts isn’t the same as a Foundation of Reality, to the Core of Life, daily, as “a hundred MOTHERS, BROTHERS, SISTERS." You know this. And that cannot be Right. In the Bible world, Ananias and Sapphira would have been hero Bible Class teachers, forever. Those externals were not the Truth, the Church, the Life, the Foundation in Jesus’ Day, or the First Century, and cannot be the Foundation today, either.

But HE IS AVAILABLE to “whosoever will!”