But that isn’t what that means, “His kingdom is established in our praises.” That means His kingdom--His ability to work and to move and to do miraculous things, to change lives and to alter history--His kingdom is established when His people truly believe His promises. When they truly worship Him in spite of the physical evidence. When they have faith in things that are only hoped for, and they have strength of character and mind and perseverance in things that are yet unseen. When they call things that are not as though they are. When they live in the unseen realm seated with Christ in heavenly realms rather than in love with the world and dictated to by statistics and material world and their feelings and emotions and historical facts and their own weaknesses.

His kingdom is established because He dwells in our hearts through faith. And the expression of faith is to worship Him. In spite of what the physical world tells us we’re supposed to believe. In spite of what our emotions want to dictate to us, and that little voice in our minds wants to scream and holler and tell us how we’re supposed to feel. In spite of that, we push that aside and we worship Him, and we praise Him. We establish His Word and His promises and His character as far above anything we could ask for or imagine, and though He slay us, we still worship Him. We still trust Him. In spite of it all, we praise Him, and we’re not thwarted. Even though our body is as good as dead.

That’s why the kingdom is established in our praises to Him, is because our praises are an expression of believing what the naked eye can’t see, and not trusting the seeing of the eye and the hearing of the ear. But trusting His character and His promises that are far beyond anything we could ask for or imagine.

So we’re not going to be down pressed and trodden down and downcast and discouraged. We’re not going to lash back when things don’t go our way. But in peace and in trust, His kingdom will be established. Because we’re trusting Him, He dwells in our hearts richly, and He expresses Himself in inexpressible ways because we’ve trusted Him in spite of how we felt, in spite of the history and our weaknesses, and all of that other kind of stuff. His kingdom, His power, and His life can be at work within you and within me, if we’ll have faith in spite of our circumstances and worship in spite of our pain.

Just to punctuate where I started on that remark. Worship is not something you do. Worship is not something you go to. It is not contained within a ceremony or a span of time because a lot of people can sit in that span of time and never worship. Because it doesn’t affect how they live. It’s not worship if it doesn’t affect how you live. The words out of your mouth mean nothing. That’s like an animal sacrifice. That’s old covenant. You might as well sacrifice an animal, thinking that’s going to please God. Burn some incense while you are at it.

This ceremony in other words, having a bunch of people together to sing, means absolutely nothing if it’s not how you live. God is not interested in the words about it. Isaiah 1 said, “Your praises are a stench in my nostrils. Your sabbaths irritate Me. I don’t want your animal sacrifices.” Why? Because you don’t live the way that’s in keeping with what you say. That’s not any different.

In spite of your pain, you lift your eyes to God. In spite of what you’re feeling, what you’re going through, what you’ve encountered, your relationships, your circumstances, you are--along with others who are individually doing the same thing--you offer that to God and connect with Him in a real way. “Those that worship Me in My covenant,” saith the Lord, “will worship Me in spirit and in reality, aletheia.” Reality. It’s got to be the real thing. In spirit and in aletheia. In reality and truth.

You’ve got to connect with God on it with your own heart. It’s not something you can attend. God doesn’t care about the words that you sing unless you are forcing your heart to connect to Him and you believe what you’re saying and you express it to Him from one heart to another heart, from one person to another person. That is spiritual worship. That’s “in spirit and in truth.” His kingdom is established not in something you get together and do together. His kingdom is established in who you are when the circumstances are not what you want them to be. Because of who you believe Him to be, you lift your heart to Him anyway, and you connect with Him in your heart and in your spirit.

It’s great when we get a little bit of extra help with somebody nudging us in the ribs and saying, “Come on with me into the throne room. Let’s do it together. Come on with me.” That’s good when we can do it together. It’s wonderful. But it’s got to be our own hearts. It’s as we rise up, as we sit down, as we walk along the way, in addition to when we’re all together. You can’t attend worship in the New Covenant. That was the Old Covenant. 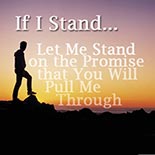