The Blood of the Lamb

I wrote this after listening to a recent time recorded with some, with the mp3 called "Learn the Laws of Physics in the Unseen". They were talking about when the Son crushed the serpent's head. When the serpent bit Jesus' heel, he thought that was cool, but ultimately that was the blood that saved us. That is what this poem is about. I wanted to encourage you, too. Goodnight! :) (or good morning) 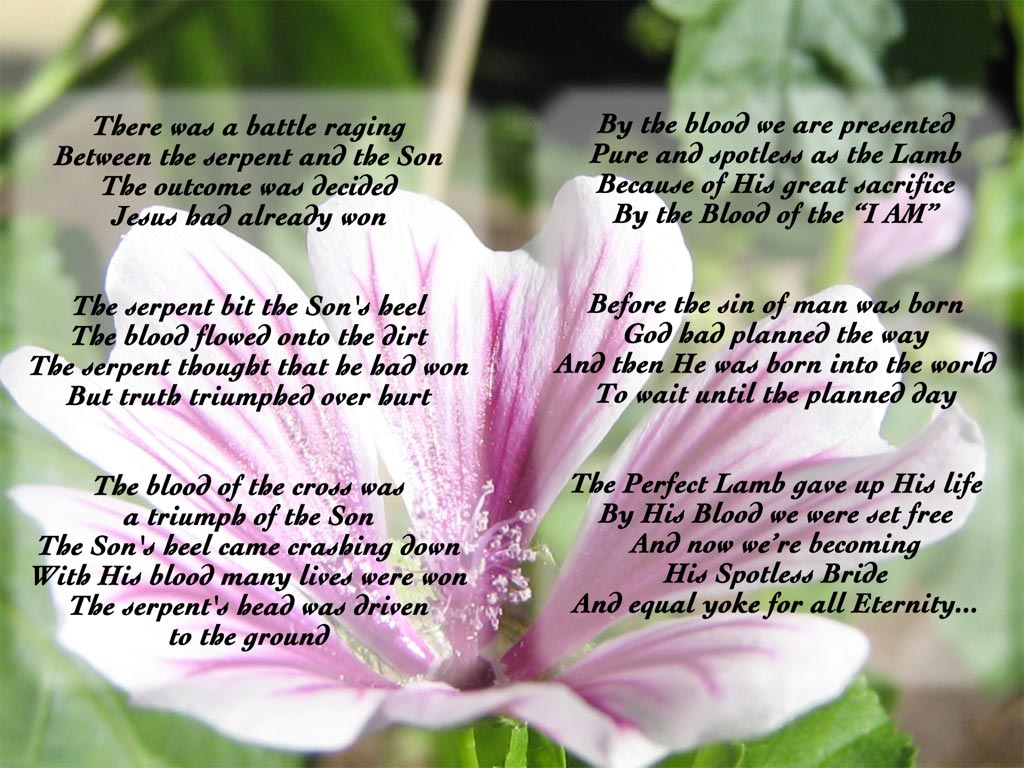 There was a battle raging between the serpent and the Son. The outcome was decided - Jesus had already won. The serpent bit the Son's heel, the blood flowed onto the dirt. The serpent thought that he had won, but truth triumphed over hurt. The blood of the cross was a triumph of the Son. The Son's heel came crashing down. With His blood many lives were won, the serpent's head was driven to the ground. By the blood we are presented pure and spotless as the Lamb. Because of His great sacrifice by the Blood of the "I AM". Before the sin of man was born, God had planned the way. And then He was born into the world, to wait until the planned day. The Perfect Lamb gave up His life. By His Blood we were set free. And now we're becoming His Spotless Bride, an equal yoke for all Eternity...