Subject to the Spirit

Just being able to see what He’s about when you’re thinking about other people and you’re able to know His heart and be led by Him….

One of the reasons why that is related is because being led by Him isn’t some magical thing. Being led by Him means being subject to Him and submissive to Him. It’s not “If I listen carefully, I can hear His voice. If I listen really carefully, I can hear His voice better. And some people are good at hearing His voice, and I need to get better at hearing His voice.” That’s all such cheesy, shallow understanding of the concept of being led by the Spirit. Being led by the Spirit primarily means being subject to the Spirit. If you’re thinking about the appetites of your flesh, whether it’s your vanity, or your selfishness, or pride, or comfort or any other related topic—if that’s what your mind is consumed by, you’re not going to be subject to the Spirit. You’re going to be subject to your own appetites of the flesh, and your own pride, and your own desire to gratify or comfort yourself or some other thing. Your god is your belly as Paul would say and that doesn’t just have to do with your food appetite. It has to do with all of your sensory perceptions being wrapped up in yourself instead of as a tool or a vessel of God. Instead of being a hammer or wrench or screwdriver in God’s hand, you sit there as an end in yourself. You are the decider. You are the one who decides and other people are your implements. They serve your purposes. They give you what you want, or you don’t like them anymore. They serve you. They clean up your counter when you leave your crumbs. They clean up your floor when you drop your crumbs. They clean up your bathrooms when you make the mess and walk away from it. Everybody is here to serve you. They’re here to make you laugh. They’re here to make you comfortable. They’re here to serve your purposes and make sure you get what you want. Otherwise, you have the right to be frustrated at them or impatient with them when they look at you wrong or don’t acknowledge you properly. Then you have hurt feelings and everything is me, me, me, me, me.

Well, who in the world can be led by the Spirit when they’re not even slightly subject to the Spirit. It’s not possible. That is the definition of being led by the Spirit, is that He controls what you think about, what you want. You are either a tool in His hands, or you make yourself to be a god and everything else is here to serve you and your purposes. You’re either totally an inanimate object, you could say. What exactly does a hammer do in the carpenter’s hands? Exactly and only what the carpenter makes it do. It has no ambitions of its own. It doesn’t make its own decisions.

Keep that in mind and weave that into your understanding when you ever consider the possibility of hearing what God has to say, being led by the Spirit in a particular decision. Make sure that you understand that that’s only in the context of being subject to the Spirit in your thoughts and your ways, those little one-second thoughts that we were referring to earlier rather than self-life, rather than being a god and serving your own purposes, burning incense to your self with one more thought about your self—your plans, your daydreams, your desires, your comfort, your whatever, your discomfort with something, your dissatisfaction with your life or your environment or your circumstances, blah, blah, blah, blah, blah.

The more drunk we are on ourselves, the less possible, not less likely, less possible it is to be led by the Spirit because being led by the Spirit isn’t that you’re sucked up into some path of the Spirit. It simply means that you are walking in the exact footsteps that God himself has chosen for you, and in so doing, you’re going to be where he wants you to be, know what he wants you to know, and say and do what he wants you to say and do without a whole lot of extra thought about how spiritual you are for having done so because you’ve already rejected that as the way you’re going to think about things. 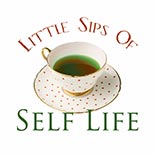