...thoughts from Romans regarding Faith, Sovereignty, and Life.

What lies between the pages of this book originated from a succession of beautiful summer nights, in a city park environment, in a field behind a public apartment complex. It was an occasion where a brother was asked by a number of others to open up his heart on thoughts from Romans regarding Faith, Sovereignty, and Life. We were simply reading through the book of Romans together (loudspeaker and all) in a public setting. The purpose wasn’t to “meet together as believers,” but rather to publicly proclaim and clarify some foundational truths about the gospel of our Lord Jesus Christ. That was the nature and purpose of these public gatherings.

In Acts 19 Paul was in Ephesus, and there were some pretty amazing things going on there. It started off with 12 dramatic conversions and the Gift of the Holy Spirit being poured out in a very obvious way. Then it says,

“Paul entered the synagogue and spoke boldly there for three months, arguing persuasively about the kingdom of God. But some of them became obstinate; they refused to believe and publicly maligned the Way. So Paul left them. He took the disciples with him and had discussions daily in the lecture hall of Tyrannus. This went on for two years, so that all the Jews and Greeks who lived in the province of Asia heard the word of the Lord” (Acts 19:8-10).

This was not a description of the “gathering of the saints” in Ephesus. Paul was in the synagogues publicly speaking continuously about the Kingdom of God. He was forcefully pushing forth the Word of God on a daily basis in a public way. And although there were followers of Jesus present, it was not a “meeting” of the saints. The synagogue was a public place where Paul argued persuasively about the Kingdom of God. And when there was too much opposition in that place, they went to a different place—the lecture hall of Tyrannus. This was apparently a rented hall where events such as Greek debates were held. And Paul went there in order to teach publicly. He taught virtually every day in a public way for two years so that everyone in the province of Asia heard the Word of the Lord. Although the bulk of the people present may have been followers of Jesus, the primary purpose of the meeting was for public teaching. We know from other writings that there were “gatherings of the church in Ephesus,” but that’s not what happened in the lecture hall of Tyrannus. These were meetings for the public.

Solomon’s Colonnade, part of the temple courts better described as a public park, was another place where the apostles testified publicly. It, like the lecture hall of Tyrannus and the synagogues, was a coming-and-going sort of place where Jews and Gentiles who were seekers of God were likely to be. “The apostles testified with great power and great grace was upon them all.” Here, Jesus and His Kingdom were proclaimed in a public way. The saints were there, but it wasn’t a “meeting of the church” per se, though the believers certainly met publicly and from house to house in deep relationship with each other on a daily basis. The depth of relationship they shared was such that there were no needy persons among them. All the believers were together and had everything in common, but that wasn’t what was happening in Solomon’s Colonnade.

What Paul was doing was a public proclaiming of Jesus and His Kingdom, like he told Timothy also to do by being devoted to the public reading of the Word. So for clarification’s sake, a “public proclaiming” is what we were doing here, not exactly a “gathering of the church.” It is necessary to make this distinction because so many people have tried to substitute “outreach” oriented meetings for a life of daily devotion to Jesus and His people.

And, for further distinction...Ninety-nine percent of the occasions the Church is together would be best described by 1Cor.14:23-38—normal Church expression of Jesus’ Life in the midst of His People. On some rare occasions, such as what this book was birthed out of, the Saints’ time together might better be described by Acts 20:7, where PAUL “dialogued” until midnight, or Acts 19:8-10 where, again, Paul had some things to say. However, the PRIMARY way a Church under Jesus’ Lordship and Headship should function, day to day, gathering to gathering, is BEST described in 1Cor.14:23-28. “Sermons” by some particular “special guy” or “official pre-assigned leader or teacher or speech-giver” is entirely unBiblical, and disobedient to the Command of Jesus Himself. This is far from that.

If you were to be encircled, enlivened, and endued in daily LIFE, “contending as One Man for the Faith,” “joined and knit together by every supporting ligament,” then the Acts 19 and Acts 20 situations make more sense as unique circumstances, for a Cause. This is not to be confused with a “sermon” or “bible class” or some such thing. As they say…“You just had to be there.” Do read 1Cor.14:23-38 as the norm amongst God’s People, anywhere that JESUS is the Living Head—rather than a religious memorial “service”—“about” Him, or “to” Him, or “for” Him. Let’s go to Higher Ground! Although those with prestige, or power, or money to lose LOVE to be “the official” teacher or “preacher” or “pastor”—it’s NOT God’s Way. As the Scriptures say, “The child born in the ordinary, logical way (Ishmael) will always rise up to persecute the Child born of the Spirit (Isaac)…it is the same now.” 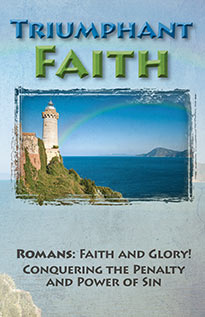